More females than male in India is a mirage

MCL To Set Up 50MW Solar Power Plant In Odisha

Clean, Conscious And Vegan: The New Standards For Beauty

Child Marriages: A Curse for Humanity

Add A Pinch Of Turmeric To Your Winter Diet!

We’ve heard from various studies that drinking a glass of wine a day, or any alcoholic beverage in moderation, can lower risks of serious illness such as cardiovascular disease, type 2 diabetes and even gallstones.

But a new study from the UK’s University of Cambridge is contradicting those findings. 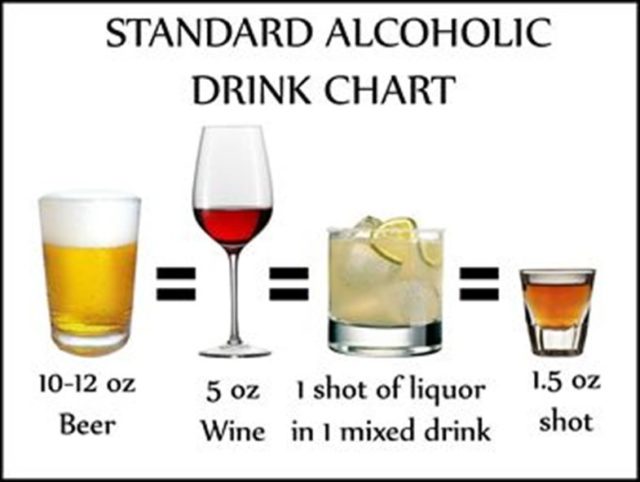 The paper, published in The Lancet, suggests that weekly drinking of more than five pints of beer, five glasses of wine, or five drinks with a maximum of 100 grams of pure alcohol, was linked with a lower life expectancy.

The study’s authors found drinking any more than what was suggested increases the risk of stroke, fatal aneurysm, heart failure and even death.

Also Read: Drinking just one or two alcoholic drinks per day may cause liver disease

“If you already drink alcohol, drinking less may help you live longer and lower your risk of several cardiovascular conditions,” said Dr. Angela Wood, from the University of Cambridge and lead author of the study in a University press release. VOA

India To Double Airport Numbers To Over 200: Minister

5 destinations in India for the thrill loving adventurer

Instagram's Effects On Children Being Probed By US States

In treating Dengue, Yoga and home remedies can be helpful

Jubin Nautiyal Reunites With Pritam For Upcoming Track From 'Tadap'

Canadian researchers have discovered an overlooked gene that plays a major role in the development of antibodies, which help the immune system recognize and fight viruses including SARS-CoV-2, bacteria and other causes of infectious disease. The gene -- FAM72A -- facilitates production of high-quality antibodies by enabling the effect of an enzyme called AID (for Activation-Induced Deaminase), the researchers showed.

Immunologists have known for two decades that AID is essential to produce antibodies capable of clearing infections, but the full mechanism of its effect has remained unknown. "Our findings answer the long-standing question of how AID does its work," said Alberto Martin, a professor of immunology at the University of Toronto's Temerty Faculty of Medicine. "FAM72A helps AID to promote mutations in antibody genes that are essential for the development of effective antibodies," he added.

Genetic mutations that lead to lasting changes in DNA occur through a process called mutagenesis. | Pixabay

MCL To Set Up 50MW Solar Power Plant In Odisha

Mahanadi Coalfields Limited (MCL), a subsidiary of Coal India will set up a 50 megawatt (MW) solar power plant in Odisha's Sambalpur at a total cost of Rs 301.92 crore, moving steadily towards its goal to achieve carbon neutrality by 2024. MCL has placed a turnkey order to set-up a 50 MW solar power plant with a Chennai-based firm M/s Hild Energy Ltd, which will establish this green energy project within a timeline of 10 months, the MCL said in a statement on Saturday.

This solar plant would cater to the captive power requirement of MCL. The Central PSU had successfully set-up a 2MW solar power plant in Sambalpur in 2014. The company said it has pledged a target of installing 182 MW of solar power by 2024 in order to become a net zero energy company, aligning itself to use cleaner forms of energy for coal production.

The company said it has pledged a target of installing 182 MW of solar power by 2024. | Photo by Mariana Proença on Unsplash

As the nation celebrated the 114th birth anniversary of his father - renowned poet Harivansh Rai Bachchan - megastar Amitabh Bachchan remembered his dad as he penned a heartfelt note for him.

As the nation celebrated the 114th birth anniversary of his father - renowned poet Harivansh Rai Bachchan - megastar Amitabh Bachchan remembered his dad as he penned a heartfelt note for him. The actor took to his blog where he poured his heart out and also shared an unseen photo with his father. The image in question is from Big B's wedding in 1973, where the two are caught in a sweet moment as they look at each other.

Amitabh Bachchan wrote on his blog,