Mayong: A place in Assam where magic ‘cures’ diseases and helps catch thieves

How Is The South Asia Economy Recovering From Covid-19?

Mayong: A place in Assam where magic ‘cures’ diseases and helps catch thieves

NewsGram Desk
A view of Pobitora Wildlfie Sanctuary in Assam. It is located by River Brahmaputa, and a small portion of the village of Mayong. Well know for a dense population of the Great Indian one-horned rhinoceros. Flickr Common Creatives. 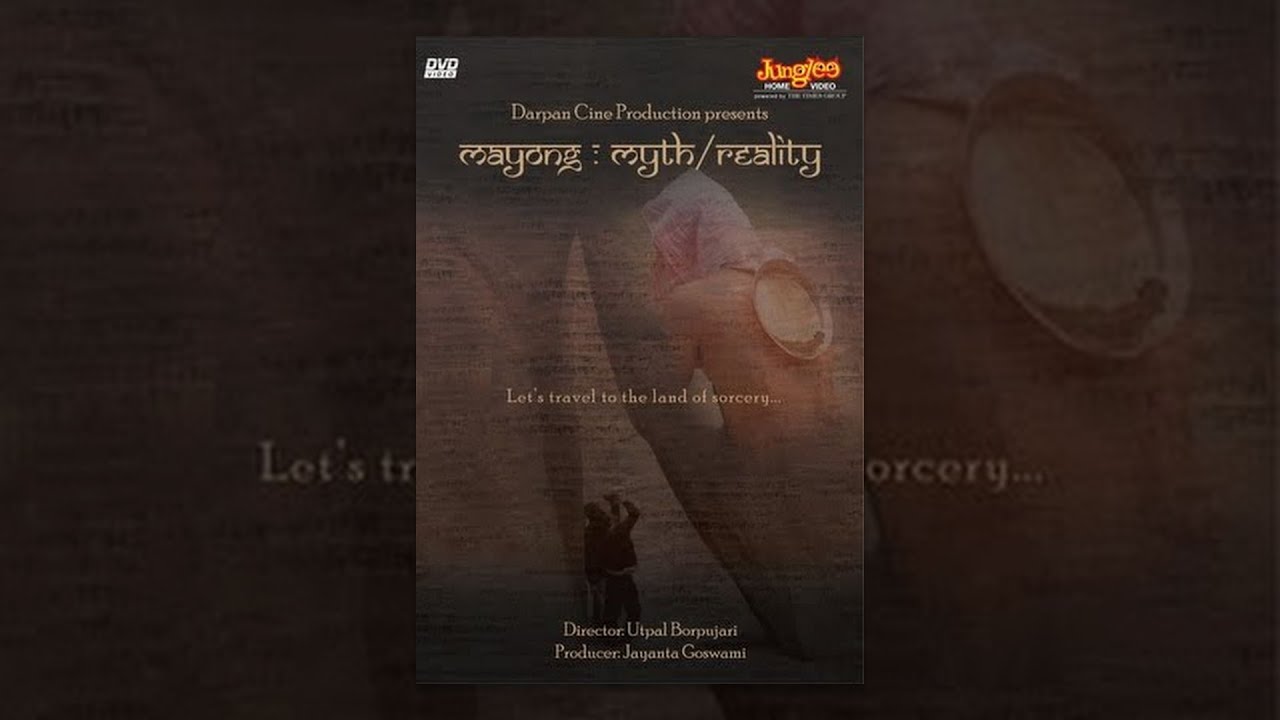 40 Kilometres from Guwahati, lies the mystical, magical land of Mayong. The name ‘Mayong’ is believed to have originated from the word maya (illusion). It is a cluster of villages located on the banks of the Brahmaputra in Morigaon district.

Feared as the land of ‘Black magic and magicians’, the secret stories of Mayong are believed to be the main factors encouraging the mysticism associated with it. Mayong also happens to be a famous tourist spot. Curious tourists who have visited Mayong say that the eerie silence that surrounds it stands in utter contrast to the dark and chaotic history that it has had.

The name
Every aspect of Mayong has a story associated with it. Even the origin of the name has an unresolved mystery. Following are some of the stories narrated by the natives:

During the time when all the northeast states were one under a common name Assam, it is believed that Manipuris from the Maiibong clan used to inhabitat this area therefore; the name Maibong became Mayhong with time.

Mayong is a hilly area that was full of elephants, and in Manipuri language an elephant is called Miyong. Hence, a few believe that Miyong became Mayong with time. There is also a legend associated with the name, it is said that the sacred parts of Godess Shakti, hence the older generation called it as Maa- R- Ongo, (parts of the goddess ), and later on it became Mayong.

Upon a visit to Mayong, one can witness some rare tricks which may look like unnatural practice to modernity but are enough to shake one from within. The most common tricks include fortune telling via sea shells , palmistry, future projection through a piece of broken glass look unbelievable.

The magic in Mayong is believed to have been used for social welfare.

One of the magic tricks leads to curing an illness from a distance only by cutting only a handful of plants while chanting some secret words. 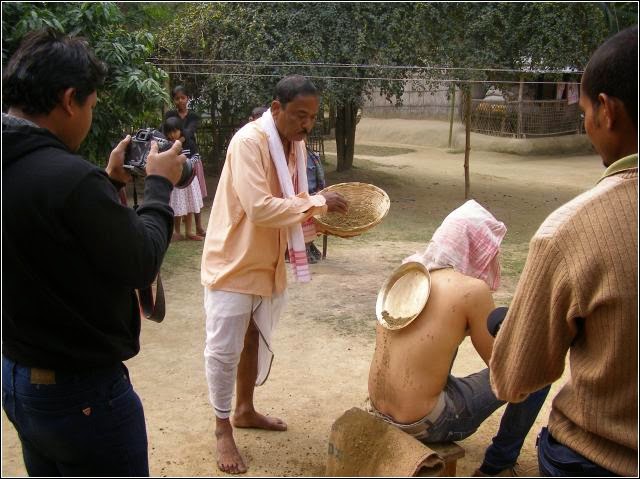 Perhaps one of the most outstanding acts of magic is the act of curing back pain. The witchdoctor ‘puts’ the cure trapped inside a magic chant in a copper dish to track the pain. When the pain originates, the plate gets stuck with the body. Locals believe that this dish eats away the pain.

If the person is really suffering from pain, the copper dish becomes extremely hot and within seconds, it breaks and scatters automatically.

Another trick includes finding a stolen item. The witchdoctor puts a flower in a metal bowl, which starts moving by itself and moves directly to the place where the stolen item is kept.

As untrue as they sound, these tricks have been proven.

There are several mantras too, which are used for different reasons. For example, to create attraction between two individuals, they have Mohini mantra, Bokhikaran mantra. Reportedly, in the old times, people could actually move to whenever they wanted in minutes by the use of Uran mantra, or the chant to fly.

Folklore suggests that in the earlier times, there lived a sorcerer by the name of Chura Bez in Assam. The word of his magical powers had spread far and wide, and with good reason. Chura Bez was known to be able to disappear into thin air just by muttering the ‘Luki Mantra’.

“I was a young girl then, but my grandfather’s stupendous feats are fresh in my mind’s eye. Now you see him, now you don’t – we would rub our eyes in disbelief as he suddenly became invisible, ” says his 75-year-old granddaughter, Nareswari Devi to a national daily.

Mayong and the media

Not a lot of effort had been made to document Mayong in its entirely until 2011 when filmmaker Utpal Borpujari decided to visit. His journey resulted into a 53-minute documentary film, Mayong: Myth/Reality, which delves into the ancient secrets of these practitioners of the tantra school of Hinduism.

It has a community of 100-odd magicians, but many of them, as the film reveals, are compelled to work as farm hands or masons to make a living. Time seems to have stood still here for too long, leaving the locals in a rather precarious socio-economic condition.

P.C. Sarkar, the world famous magician, has been known to have acknowledged his indebtedness to Mayong’s teachings for many of his performances.

Septuagenarian Basanta Nath, a magic practitioner of the village, is a strong believer in magic.

“People these days dismiss magic as superstition. But when you see things for yourself, you believe. Nowadays, when people fall ill, they generally prefer to go to the doctor instead of us. But there are still people who come to us with their troubles,” Nath said to a national daily.

“People from far off states like Punjab, Haryana and West Bengal, other than from Assam and the surrounding places, come to Mayong to learn magic,” he added.

Naba Deka, who works in a resort in the wildlife sanctuary and hails from Mayong says, “There are spells to turn a leaf into a fish, or an evil man into an animal. But magic cannot fight against nature’s fury; so there is no spell against the annual floods (in the Brahmaputra river).”

Many tourists call Mayong a land of ‘necromancy’, where within the layers of scenic beauty lies a plethora of secrets of magic and myth.

Bhumi Pednekar: I'm A Little Shy About Calling Myself A Star

Murudeshwar Temple: A Charismatic Place to Visit this Winter

Belligerence Of The Civil Services OR The Apathy Of The UPSC

Superstitions In The 21st Century

Kids With High Exposure To PM2.5, NO2 More At Risk Of Self-Harm

Children exposed to high levels of air pollution are up to 50 per cent more likely to self-harm later in life, suggested a study

Children exposed to high levels of air pollution are up to 50 per cent more likely to self-harm later in life, suggested a study that adds to evidence of link between air pollution and mental health problems. Researchers from the University of Manchester in England and Aarhus University examined 1.4million kids under 10 in Denmark and found that those exposed to a high level of nitrogen dioxide were more likely to self harm in adulthood than their peers, the Daily Mail reported.

And people in the same age group exposed to above average levels of fine particulate matter (PM2.5) were 48 per cent more likely to subsequently self-harm, revealed the study published in the journal Preventive Medicine. Nitrogen dioxide is mainly produced by cars, while PM2.5 is mainly emitted by burning diesel and petrol, which is most commonly used for shipping and heating. These two pollutants are among those most commonly linked with causing harm to physical health, such as heart and lung diseases, by getting into the bloodstream and causing inflammation.

"Our findings add to the growing evidence-base indicating that higher levels of air pollution exposure are linked with poor mental health outcomes," lead author Dr Pearl Mok, a research fellow at Manchester University was quoted as saying. "Although air pollution is widespread, it is a modifiable risk factor and we therefore hope our study findings will inform policymakers who are devising strategies to combat this problem," Mok added.

How Is The South Asia Economy Recovering From Covid-19?

When attempting to summarise the current performance and future portents for the South Asia economy, it's arguable that most of the region's nations are doing relatively well.

Bitcoin is gaining prominence in the virtual and business world